I am Kavan Azadi, holder of the first medal of my country’s national team in the first international championship held in China. My understanding of martial arts goes back to my childhood and the environment I grew up in. I got my first titles as soon as I realized how things work in championship lifestyle. After several styles including boxing, I finally got hooked on Muay Thai which in my mind is the best. After earning many different titles in martial arts, including first place (Gold) of IFMA Asian Muay Thai competitions in Macao 2018, I have also been a coach along with my professional career as a fighter which is still ongoing. We are waiting for you, come join us! 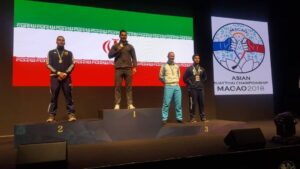 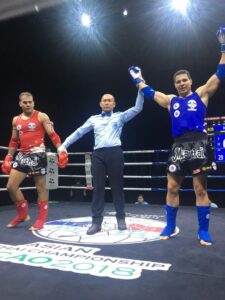 The head of the Iranian Martial Arts Federation Mahmoud Rashidi recently welcomed Kavan to their headquarters.

He said: “I wish Kavan Azadi ever-increasing success in life and on the sports field. It’s important to honor athletes when they bring honor to Iran.” 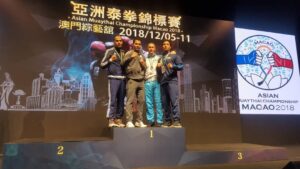