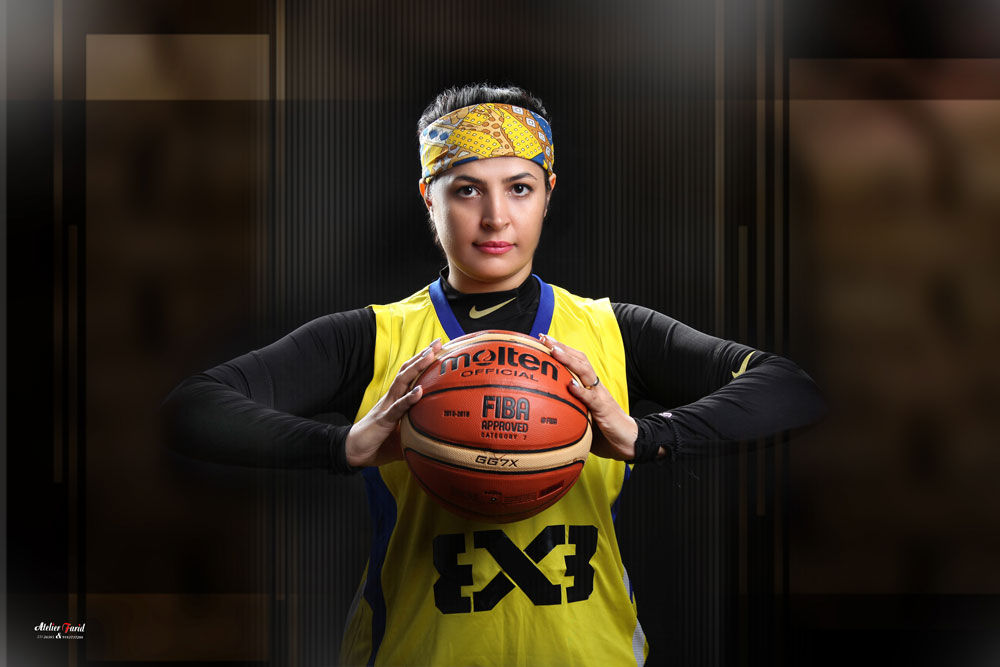 How did she begin her sports activity?

Since the time that the world around her made sense for her, she started basketball on the streets of her city up towards mini, kids, teens and school competitions and then regional, province and finally state championship of school basketball, she followed the sport and won different titles and was always in love with basketball and she and her sport were inseparable. In times when girls were not allowed to play basketball at all in plain sight, she was a pioneer in doing so. 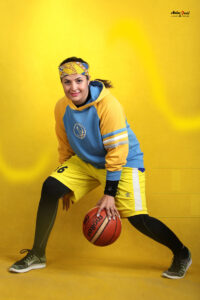 She began her club competitions in Sanandaj Shahrdari (Municipality) Club in the state league competitions. She played most of the years for her city clubs (almost 15 years since high school) and it was a time where there were only six teams as leading teams in the league and Sanandaj was one of them. They won a 3rd place and a 4th place during this era and the games system was home and away so she had to travel a lot for this reason. With no reasonable contract and only for the love of the game, she continued like this and played basketball.

ACL injury (she had a surgery for this).

She got her Bachelors’ Degree in Software Engineering in the Technical college of Sanandaj and in Science and Technic College of Orumieh. For her Master’s Degree, she studied Physical-Education- motion behavior (her favorite field) in university of Orumieh, one of the top universities of the country in this field. 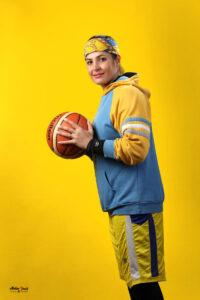 She got her first coach permission when she was 18 years old, trained by Mr. Bosniak, Iran’s basketball national team coach and under the supervision of Federation of Basketball. She started training students and athletes in Sanandaj and also with the Sampad Club (belongs to Iran’s ministry of Education) her team won several regional and state titles.

She continued her career as a coach in university with the Technical College (won two titles with her both as player and coach). Also with Azad University team in the Competitions held in 1389 (2010) the team won first place and won another fourth place that year. Since 2010 she has started working with the University of Kurdistan and in last 2 years she has also been working with the Girl’s Technical College of Sanandaj. 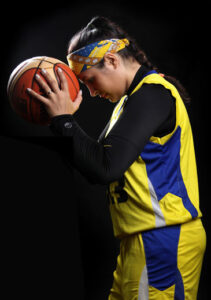 Since 1394 (2015) along with her career as a coach and teaching in the university, she has also acted as bodybuilding, fitness and cross-fit coach in Sanandaj and Orumieh which has continued to this date.

She was also fitness and bodybuilding and rehabilitation exercises coach for the employees of University of Kurdistan and Iran’s Gas Company for 2 years. 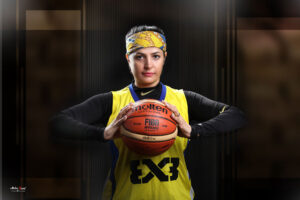 Working with elderly ladies with motion problems (body) and Mental problems (due to lack of exercise and movement) has also been one of her favorite fields for the last 3 years. And in the above mentioned university and Gas company contract, she dealt with many of the ladies with such issues and they all got great results.

Being a basketball referee is also another field of activity she loves and along with being a coach, she has judged many games in state league and other leagues. 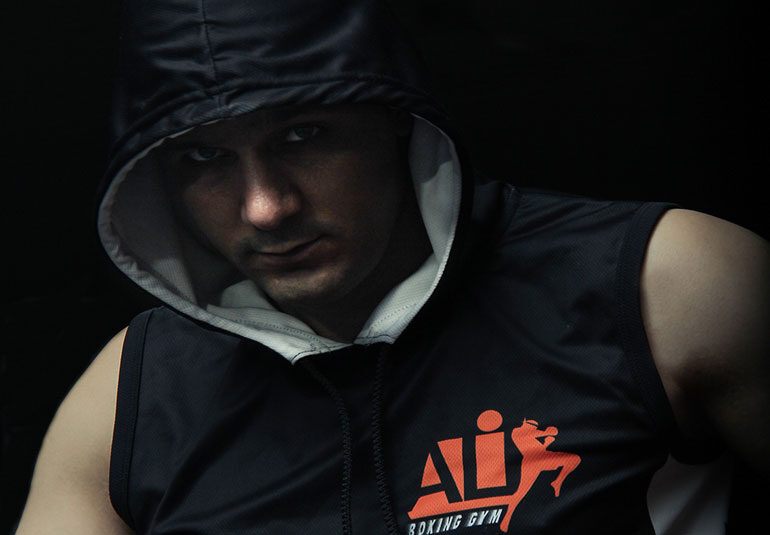 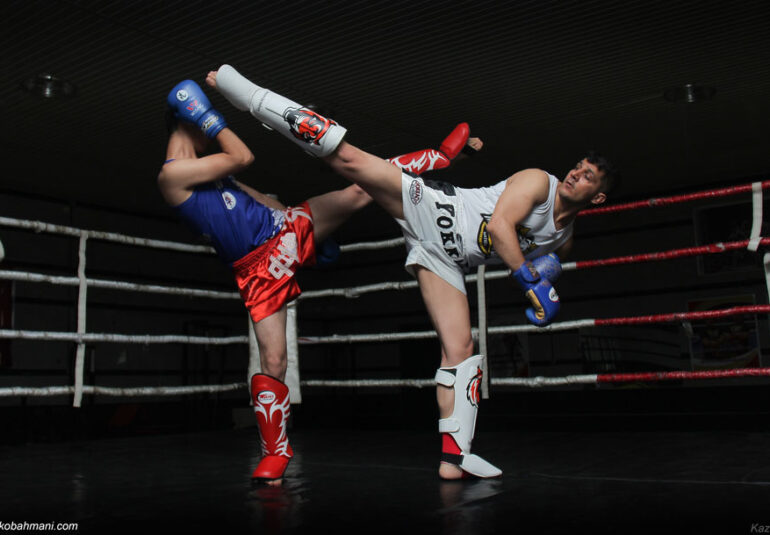 Martial arts for women – the best way of self-defense 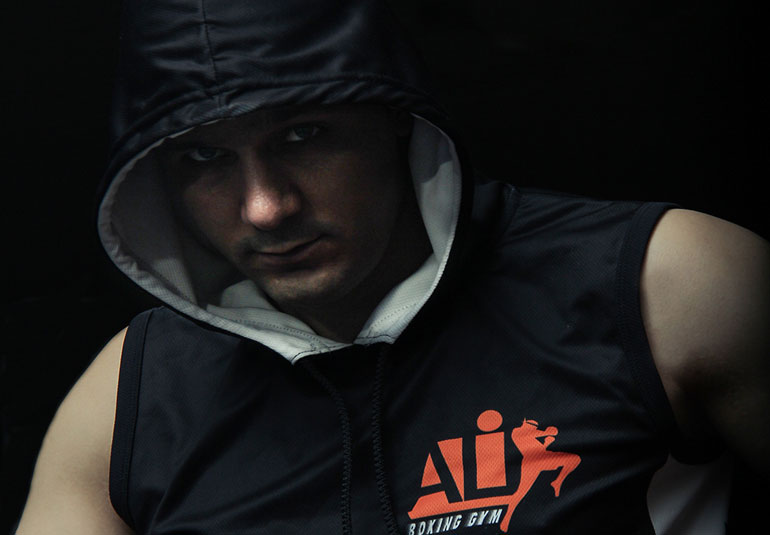 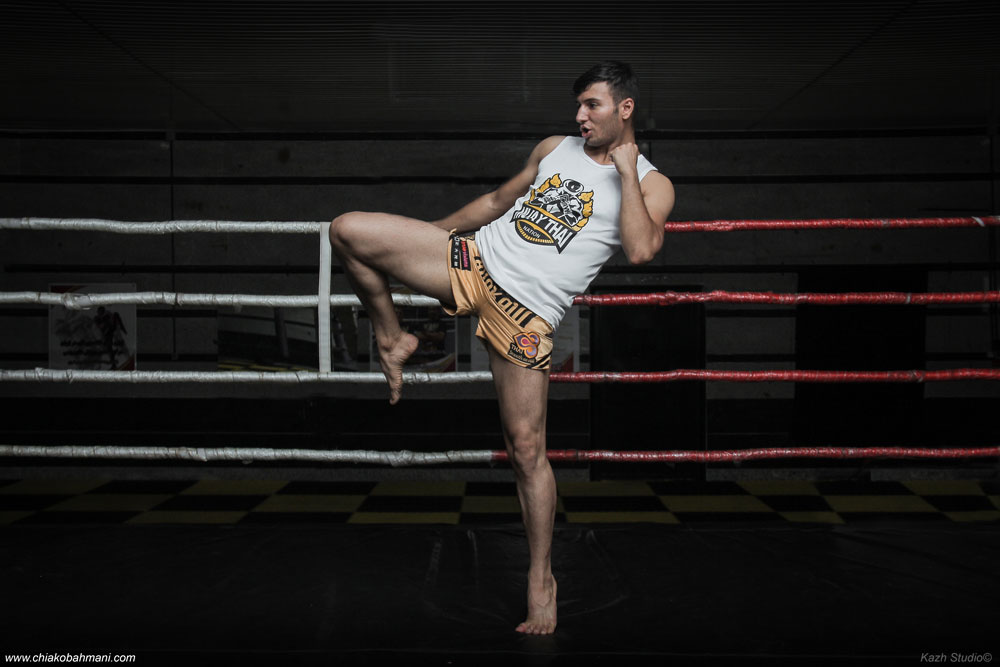 Kickboxing and the way it Changes Your Your Life